So far there are no indications about any upcoming devices from HMD Global, the new licensee of Nokia branded smartphones. The only upcoming smartphone of the brand, that has been the subject of some leaks, is the Nokia 9, the device which is expected to bear the long-awaited Zeiss multi-camera tech, with the device expected to carry a whooping Penta- camera set up at the back.

However, it seems Google itself has spoiled HMD’s party by unveiling on its ARCore supported device’s website, the Nokia 8.1 indicating that HMD Global is indeed working on such a device and that, in fact, its launch may be imminent.

The leak comes days after it was leaked that HMD Global may be readying the Nokia X7, that was released in China, for a global launch and that it may have its name changed from the anticipated Nokia 7.1 Plus.

If the Nokia X7 is indeed released as the Nokia 8.1 for the global market, then it seems Google didn’t spoil much as the device is already out in the China mainland. The Nokia 8.1 is expected to bear the Snapdragon 710 SoC on- board, the first SoC from Qualcomm’s new- tier for devices belonging to the upper midrange, bringing semi- flagship-level features to the mid-range devices. The device sports a notched FullHD+ display on the front, with support for HDR 10 video playback and Zeiss optics powered dual camera set up at the back.

The device recently made a visit to the infamous destination for leaks, GeekBench, which revealed that it would come with Android 9.0 Pie out of the box, 4GB of RAM in the base version with a 6GB version also. There is no rumored launch date for the device, however, it would not make any sense for HMD to delay the launch of the device to beyond the holiday season. 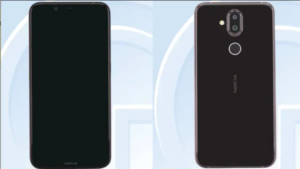 Android 9.0 Pie based LineageOS available for Mi A1

Samsung Galaxy A9 expected to launch in India soon