Generally with smartphones, a new trend rules each year and 2017 was the year of diminishing bezels. The Samsung Galaxy S8 was the first phone to sport the infinity display and now the Huawei P20 may start a new trend altogether.

According to a leaked case render of the Huawei P20, the smartphone may feature a triple camera setup on the rear. However, taking a close look at the case, we feel that the smartphone may still rock a dual lens setup with an LED flash unit at the centre similar to the iPhone X.

That said however, previous reports have claimed that Huawei is vastly improving its camera game. They further mentioned that the company may move into the triple camera territory, given that the company has enjoyed a lot of success with two lenses. 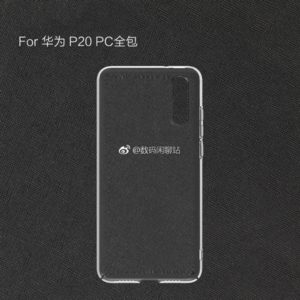 The case gives a little more insight on what to expect. There is no cut-out for the headphone jack which means that USB C will be the only port on the P20. A bottom speaker cutout can also be spotted, which rules out the possibility of a stereo speaker setup.

As for specs, the Huawei P20 is expected to be powered by the Kirin 970 SoC coupled with 6GB/8GB of RAM coupled with 64GB/128GB of on-board storage.

What do you think about the renders? Do you believe that the tri-camera setup will make the cut? Sound off and let us know in the comments below.